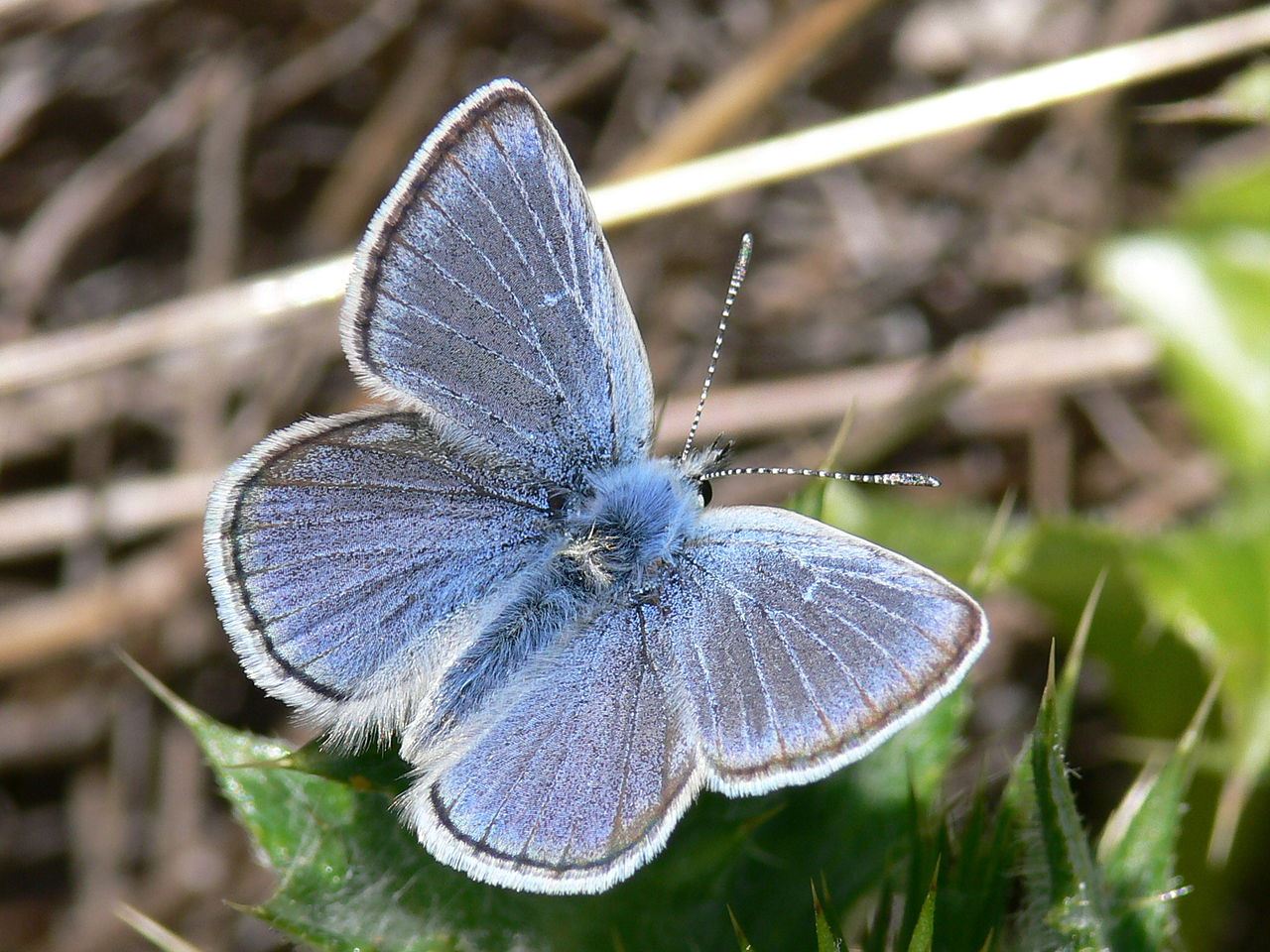 With U.S. Fish and Wildlife’s permission, the San Francisco Recreation and Park Department (SFRPD) successfully released a group of 60 Mission blue butterflies from San Bruno Mountain on top of Twin Peaks in 2011, part of a wildlife restoration project to replenish the butterfly’s population in its native habitat in San Francisco.

In spring of 2009, RPD’s Natural Areas Program transferred 22 female Mission Blue Butterflies from San Bruno Mountain to Twin Peaks. Two years after the initial relocation, RPD has documented the presence of Mission blue eggs, larvae and adults during surveys conducted in 2011 demonstrating that habitat on Twin Peaks can successfully support the full life cycle of the butterfly.

SFRPD has been in partnership with the California Native Plant Society, Nature in the City, REI and many nature advocates to repair the habitat for the Mission Blue on Twin Peaks. Many thousands of lupines and other native wildflowers, crucial host and nectar plants were planted for the butterflies, and weeds were removed from grassland habitat, which contributed to restoration of the native grasslands that have been necessary for the Mission Blue Butterflies’ survival in San Francisco Twin Peaks.

Urbanization and the spread of invasive plant species have severely reduced the viable Mission blue habitat within San Francisco. In 1976, the federal government listed the Mission blue butterfly as an endangered species and granted it special protection under the law. While the initial success in establishment of the Mission blue butterfly on Twin Peaks is encouraging, the status of the population will remain tenuous until the population grows large enough to sustain itself. The Department’s goal is to reach population sizes comparable to those observed in the past – on the order of several hundred butterflies 1980s. Larger numbers of butterflies are necessary to avoid a genetic bottleneck from damaging this small, fragile population.

The public are encouraged to walking on designated paths and not trampling vegetation, riding bicycles on paved paths and roadways only, keeping pets on leash when walking on trails and preventing them from digging and defecating in Mission Blue territory.

Mission Blues are an exceptionally striking butterfly breed. The upper wings of the males a vivid iridescent blue, a color rarely found in nature. Tiny with a wingspan just over an inch, their habitat niche is very windy hilltops in a few Bay Area locations, notably San Bruno Mountain and the Marin Headlands. The decline of lupine on Twin Peaks contributed to their disappearance from San Francisco.