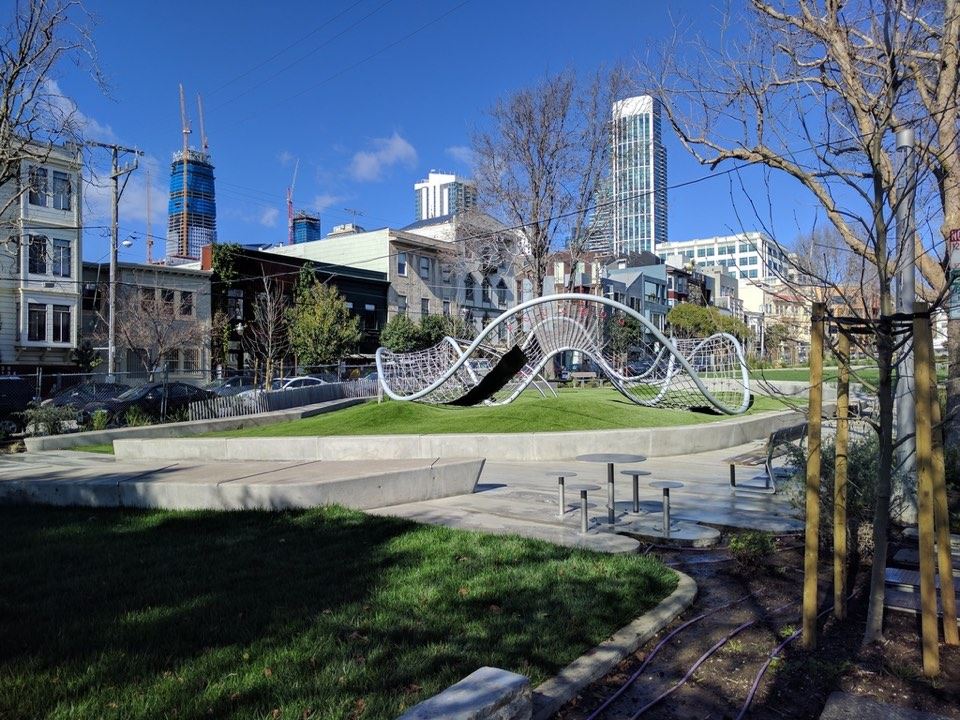 South Park is located at 64 South Park Avenue. The park is approximately 34,000 square feet and has a children's play area, a walkway, natural lawn, landscaping, and related amenities. The project was allocated $1 million. Project opened to the public in March 2017.

South Park is the oldest public park in San Francisco. Originally intended to be an English picturesque strolling park, it had fallen into disrepair and had been subject to ad-hoc improvements over the years. The Recreation and Park Department worked with the South Park Improvement Association, Fletcher Studio Landscape Architects, park neighbors and community leaders to develop a master plan for the park's renovation. Improvements to the park included upgrades to the park's infrastructure, including:

The approved plan proposed a variety of different programmatic spaces, including a children's play area, a large open meadow, plazas of varying scales, and a variety of areas designed for sitting and/or picnicking.